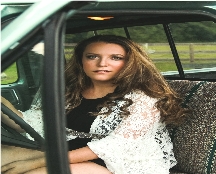 Nashville recording artist and song writer, Jessica McNear is proof that hard work can make it possible for somebody living in Smalltown, USA to find success in today’s competitive music industry. The native of tiny Freedom, Pennsylvania has grown from her early days singing in her church choir into a professional singer and music collaborator in Music City.  She has performed at some of Nashville’s most well-known venues such as Legend’s Corner, Tin Roof, Hard Rock Café, Tootsie’s Orchid Lounge, and The Stage in addition to putting on shows in several states, including Texas, Florida, Ohio, Alabama, Pennsylvania, and Florida.

Many of Jessica’s songs focus on personal stories to which fans of all ages can relate to, including tales about heartbreak, personal loss, and taking chances for a better life.  In fact, Jessica’s debut EP, Leavin’ Home, was inspired by her decision to relocate from Pittsburgh to Nashville when she was just 20-years-old.  Assisting Jessica with the creation of the EP were Sonic Eden’s, John Albani (collaborated on projects involving tours for acts such as RUSH, Black Sabbath, and Jon Bon Jovi) and Mark Oliverius (worked with country legacy artists, Lorrie Morgan and Pam Tillis).

Jessica has just recently recorded and finished a brand new EP with producer and sound engineer, David John Biondolillo at Sound Stage studios in Nashville that was released November 2019. She defines it as her "It" project that describes her journey through life, love and career over the past couple years. "This one's for me, this one tells the story in it's entirety". Some of her influences include Jo Dee Messina, Lady Antebellum, Joan Jett, Miranda Lambert, Stevie Nicks, Shania Twain and Carrie Underwood.

When she isn’t working on her music or performing live, Jessica spends some of her time acting and dancing.  She has had walk-on roles on the ABC hit television show, Nashville and appeared in a television commercial featuring American Idol-winning vocalist, Kelly Clarkson along with spots on CMT for award shows such as CMA Fest and CMT awards. She enjoys nature, animals, jewelry/fashion, and living an active lifestyle by going fishing, boating, walking and horseback riding.

Country with a mix of Rock and Pop. Similar to the sounds of Lady Antebellum, Jo Dee Messina and Carrie Underwood.

Well I go by my legal name and there isn't too much of a story there but my social tags are @JessMcNearMusic and I prefer to be called Jess on a personal level as my friends and family have always done that. Since I'm a single artist, I just want to keep it personal. There are quite a few Jessica's out there even with the same middle name, Lynn, and is used a lot so I wanted to keep my family's last name in the mix.

I have so many but if I have to narrow it down I would say Miranda Lambert, Carrie Underwood, Jo Dee Messina, Shania Twain, Stevie Nicks and Trisha Yearwood. I love the styles of 90s and early 2000s country and like to keep it relevant but take the good things from the country genres during those eras.

I'm currently working on promoting and marketing my new EP "Center Line" and have plans for a couple music videos I will be shooting within the next month or so. I'm super excited to have a visual story behind the music this time around as I have been blessed to have such great songs on this EP that describe my music and life journey over the past couple years.

Since I have been singing professionally and lived in Nashville, TN for the past 10 years this question always comes up and the answer does change from time to time depending on what I'm currently working on but one thing remains the same. I love to make music and share it with people that can relate to it on a personal level. If that is accomplished, I've done my job.

I've always wanted to be a signed or popular artist in the music industry and I've done many things to try and accomplish that such as making good connections in town and the industry to further my career and opportunities and auditioning for multiple TV network shows such as The Voice and American Idol. I plan to continue to do so and just make great music for the masses. I hope to be selected for major network shows in the future and continue to travel and put on live shows throughout the US and other countries. I love to travel and meet new people who follow and listen to my music.

Again, this is a tough one because I have lots of favorites but if I were to choose an original I like to perform live it would be "Sober". Everyone connects to it in some way and I always get fans coming up to me at writer's nights and live shows saying how much they love that song. I love performing it just as much! As far as covers go, honestly anything from Miranda or Carrie, my newest favorite being "Drinkin' Alone" by Carrie Underwood. It has that blues/country sound that I love and again most listeners tend to agree.

Finding where I "fit in" in the industry is always a constant challenge because artistry can change over time and through certain experiences.
I like that I might be different from others but also the same in relation to current artists. What I mean by "fitting in" is where I will be the most welcomed and complemented within my genre.

I like to write lyrics first typically then add a melody and music second but sometimes when co-writing it's the other way around. I also like to write a lot about life experiences and relatable things so it is harder for me to just sit down and write about anything. I can also be inspired by other people's stories and experiences and find that it flows easier in the writing process either by myself or with other co-writers.

It has helped me reach people across the globe that I couldn't do without it. The internet is a powerful tool and is super helpful in finding new listeners and fans just by simply sharing music and videos on socials.

I have quite a few singer/songwriters that I love to listen to and learn from including but not limited to: Ashley McBride - Girl Goin' Nowhere,
Miranda Lambert - Bluebird, Kacey Musgraves - Rainbow, Lady Antebellum - What If I Never Get Over You, and Ingrid Andres - Breakin' More Hearts Than Mine.

I was singing and dancing from a really young age and grew up around music and on a farm in Pennsylvania so just normal kid things like playing softball, helping out my family with daily chores, dancing and working part time teaching dance when I turned fifteen. Music was always a part of my life between work and play.

Work hard, find yourself as a person and artist and don't be afraid of the journey. It will take you many places and let you experience many things. You live and learn most of time so don't be too hard on yourself, just make good connections and friendships and you will be successful!

I would say the way that the industry finds new artists. I feel like they rely on the internet to find artists which can be done in many cases but rely too much on numbers verses talent and drive. They need to consider going out to live venues and writer's rounds again in order to find true and raw talent. It does still happen on occasion but it should be happening more often in my opinion.

Being original is great but also not standing outside the lines too much in terms of what's marketable and relevant in the industry is important too. Be different but also relatable. Connecting with the listener is what makes the music thrive. There is something for everyone out there so don't put yourself in a box and try to be yourself as much as possible.

I love to connect with listeners and fans! If you come to a show or catch me online somewhere, don't be afraid to reach out to me with a comment or message! I like to know these things and meet new people. The best is chatting with someone online for a while and then meeting them at a show. I just met someone recently that came out to a live show and discovered me there and come to find out we are from the same area of Pennsylvania! Super cool and fun to chat about. I may not be able to answer right away but I will get to your message or comment and respond! Don't be shy!

I also love to find new restaurants and things to do when I'm traveling for a show so if I'm coming to an area near you, reach out to me and let me know what I should do while I'm there and make some suggestions. I also love nature, animals and outdoor adventures! 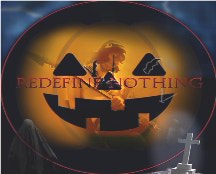 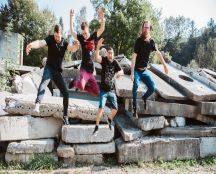 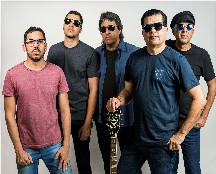 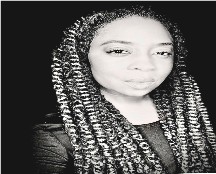